Our class meetings have been incredible!  So far, we have covered how we want to join the group (quiet, quick, and safe).  Then, we took time to give meaningful compliments to one another.  The compliments covered a wide range and were so heartfelt!

After that, we established our class meeting notebook and then began to use it.  The agenda filled up quickly with some problems that students needed help solving.  After we helped one student generate some strategies we realized that we don't have enough time to solve everyones problems during class meetings.  So, now we are beginning to think about ways to solve problems before we add to the notebook. We will be role playing different scenarios and possible solutions for each.


We also cover different topics from time to time.  Like, when our school decided to have a student council.  Students offered different ideas as to how we would decide and the qualities they were looking for in candidates.  Later, they voted and two students were chosen.


It's hard to capture all of their incredible ideas and fairness during meetings! All the posters/print are student generated!

Students spent time thinking about options for facing conflict and solving problems.  They developed a "wheel" of choices, including ignoring it, making a deal, negotiating, explaining frustrations, etc.  To look deeper, students role played various scenarios of typical conflict in the classroom, playground or lunchroom.  As a class we picked out the problem and identified how they solved the problem.  It was a fun activity and I was so impressed with their fearless acting.
I Messages
We have been discussing how to approach one another when we face conflict.  We know that if we speak calmly and are focused then there is a greater chance the problem will be solved.  The more students practice, the more it will become habit! 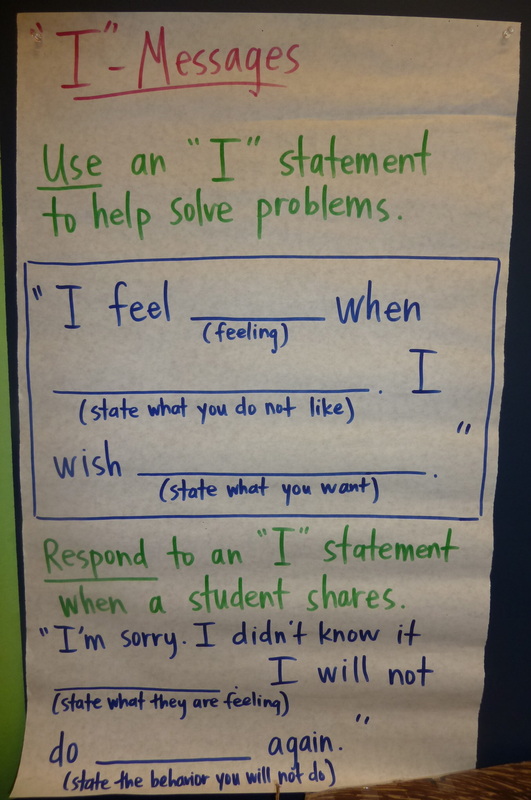 Despite our classroom agreements students realized that some problems are still disrupting teaching and learning.  They decided to make a list of behaviors and then devise a plan for how to deal.  They developed an "action plan reflection". It is meant to help students think about behaviors and find ways to change.  The class generated this plan during class meetings.
Class pet:

When the class filled the marble jar they decided to celebrate by getting a class pet.  This was their way of showing that they can continue to be kind, safe, fair and helpful and that they didn't need a party for themselves.  I was impressed with their thinking so I supported it.  The quest has been ongoing and has taken quite a bit of planning.  First, they researched various pets and presented the information to the class.  Later, the options were narrowed down and they took a vote.  A leopard gecko was the winner!

They developed questions to further their research and divided themselves up into groups with a certain focus.  The research and ideas were compiled and students created posters.  We will take a moment to modify our plans and then take action.  In the meantime, they realized they needed to raise funds. So, they created a donation box and made presentations to other classes hoping they would get support.

Students discovered that the donation box was not good enough to raise enough funds for the leopard gecko.  Based on their stats, we still needed a little less than half the funds.

The class decided to plan another way to raise money.  Instead of just asking, they decided to hold a free festival of performances where donations would be accepted.  The festival included live music, dancing, singing, whistling, sports, a play, face painting and dog tricks.  They even had a map, a booth with all their research and students who could answer questions. All students participated in some way (behind the scenes planning or performance) and were quite proud when we reflected.


Below is a sample of performances (Unfortunately I wasn't able to capture all students)... 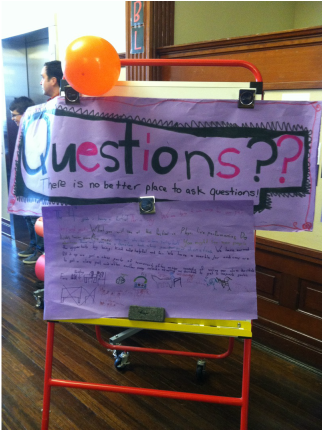 The class earned enough money to cover the cost of the leopard gecko.  In fact, they earned more than enough!  They decided to save the money for future food, supplies or vet care bills.  Currently, the leopard gecko is set up and has a name, Amber.  Since set up, the class realized they still had questions so they were able to Skype with a Pet Care Center.  Many questions were answered and we are feeling better about being pet owners! 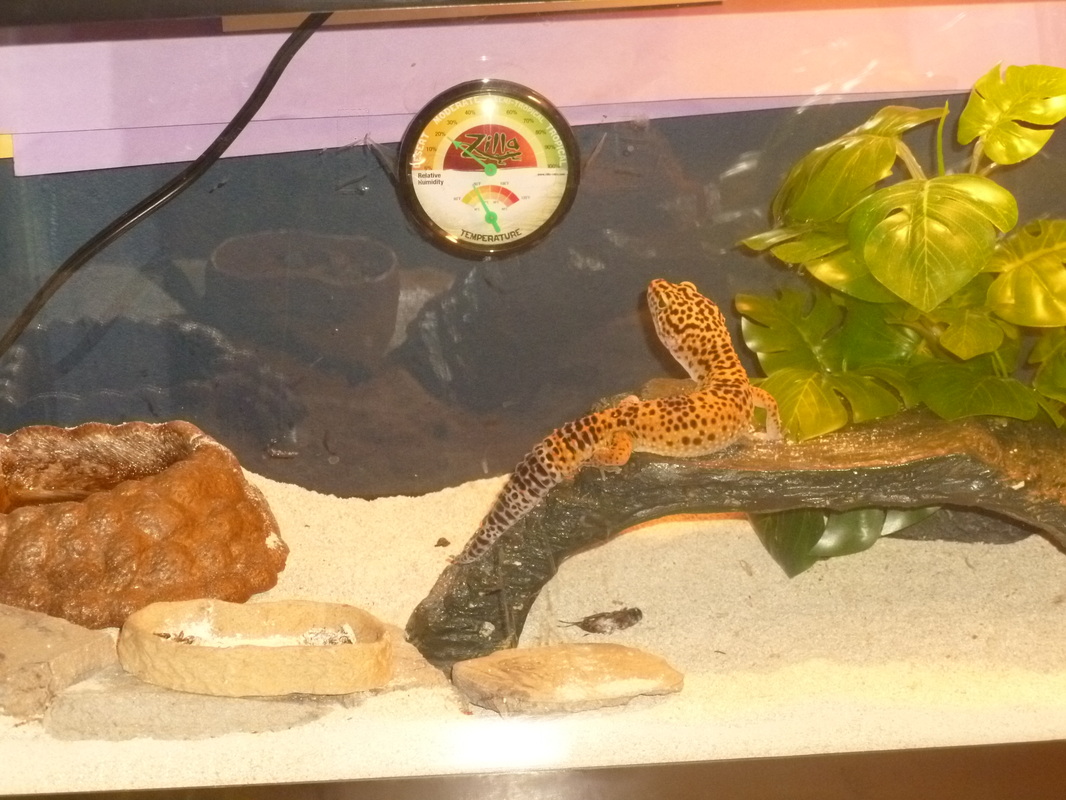